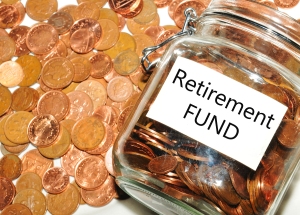 Today’s blog post for Lahrmer and Company, LLC is provided by one of our new additions to our office space:Todd Pouliot at Gateway Financial.  Retirement comes up often in tax planning and accounting, and we thought you would appreciate the insight.
Pragmatism seems to be replacing pessimism, at least.
Is it okay to retire today? Many baby boomers shelved notions of retiring during the past few years. Layoffs, the decline in home values, the crushing bear market of 2007-09 – those memories were just too fresh, and their economic effects were still being felt by many households.
In 2015, boomers seem a bit less hesitant to begin their “third acts.” In this year’s CareerBuilder retirement survey, 53% of workers older than 60 indicated they are postponing their retirements. That may not seem a statistic worth celebrating, but five years ago 66% of respondents to the survey said they were putting off leaving work.
Retirement may not mean a “clean break” from the workplace: 54% of this age group told CareerBuilder that they would try to work at least part-time when retired. In fact, nearly one in five said they planned to continue working 40 hours a week or more. These boomers cited two compelling reasons to keep a foot in the office: household financial pressures and the employer-sponsored health insurance they could count on between ages 60 and 65.
Two other recent polls echo the findings of the CareerBuilder survey. Last year’s United States of Aging survey (a joint project of the National Council on Aging, USA TODAY, United Healthcare and the National Association for Area Agencies on Aging) found 89% of respondents 60 and older certain that they could enjoy and sustain their quality of life as seniors. While 49% worried that they might outlive their money, this was down from 53% in the 2013 survey.
Ameriprise Financial recently released the findings from its poll of 1,000 retirees aged 60-73; the respondents had retired within the past five years and possessed $100,000 or more in investable assets. Generally, they were happy about retiring: 76% reported feeling “in control” of their choice to leave work, and 75% indicated they were “very satisfied” with retirement life. For a slight majority of respondents, the transition was reasonable: 53% said they had been healthy enough to retire, and 52% said they were emotionally ready when they made the move.
How many of them had retired by choice? An encouraging 51%; just 15% said they retired as a result of job loss, downsizing or buyouts.
Remember, retirement may start unexpectedly. No one is invincible, and as the Employee Benefit Research Institute (EBRI) discovered in a 2014 study, health or disability reasons prompt 61% of retirements. Workforce downsizing and eldercare responsibilities were the two other most-cited motivators, but only 18% of respondents cited either of those factors. In surveying 1,500 retirees last year, EBRI also learned that 49% had exited their careers earlier than they had anticipated – in fact, 35% of them had retired prior to age 60. An unexpected retirement may also upend some household financial assumptions – turning to the Ameriprise study, we see that while 28% of those respondents reported spending less in retirement than they thought they would, 22% are spending more than they expected.
If you were to retire two years from now, would you be ready for that transition? Would you hold up financially if events forced you to retire today? If you are within ten years of your envisioned retirement date, it might be prudent to revisit your savings strategy and retirement plan to double-check your retirement readiness.
Todd Pouliot, AIF may be reached at 1 (844) 592-9888 or Tpouliot@sigmarep.com.
www.GatewaySPC.com
Citations.
1 – nbcnews.com/business/careers/could-2015-be-year-retirement-party-n308871 [2/19/15]
2 – usatoday.com/story/news/nation/2014/07/15/aging-survey-research/11921043/ [7/15/14]
3 – benefitspro.com/2015/02/03/retired-boomers-in-control-happy [2/3/15]
4 – tinyurl.com/qc67lyd [2/10/15]